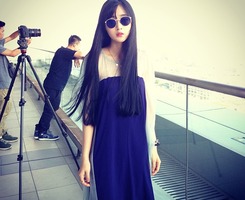 The towering 23-year-old import capped a remarkable season with the award after also being honoured this week as the championship's best new talent and named in the All-Star team.

She scored 666 goals for the sixth-placed Steel, smashing the previous record, while also twice breaking the record for most goals in one game with 65-point hauls Managed Security.

"It is very special because I think I was born to play netball and then to be so good at what I do and what I love, it's beyond special," Fowler said.

"Honestly, I was only going for shooting accuracy, not breaking records, so that is just a plus for me and I'm thankful for that also."

Fowler is the third import and second Jamaican to be named MVP.

Fowler finished with 19 votes from a panel comprising leading players and officials on both sides of the Tasman.

That was one better than Queensland Firebirds ace Aiken.

The Thunderbirds and Firebirds meet in the grand final in Adelaide on Sunday.